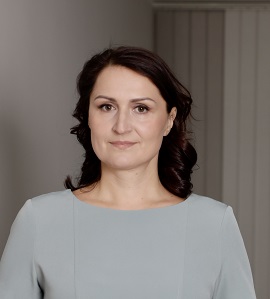 Anna Graduated from the Ural State Legal Academy and obtained a post-graduate degree in Crisis Management. Her career began in the Public Prosecution Service of Yekaterinburg in 1995. She worked as a legal advisor at the Ural Optical Mechanics Plant, and she headed the Legal Department of the Regional Crisis Management Centre. She was the head of the Ural Office of the "Strategy" insolvency administrator partnership, before becoming director for legal issues at the Egoroshinskiy Radio Manufacturing Plant, Sverdlovsk Region, until 2015. Anna was appointed Vice President of RCC in 2016. She is currently responsible for HR management and social partnerships with regional authorities, as well as RCC’s charity projects and initiatives.