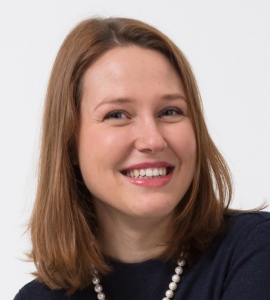 In 2011, Daria graduated from BSTU Voenmech with a degree in Applied Linguistics, in 2015 she graduated from St. Petersburg State University with a Master's degree in International Relations. For 2 years she studied cross-border cooperation in the University of Tampere (Finland). Until 2019 Daria was CEO in Community Foundation "Dobry Gorod Petersburg". From 2 employees the foundation grew into a team of 25, its programs working in St. Petersburg and in 40 other regions of Russia. In 2019 Daria left the position of CEO and became Director for Fundraising. For 6 years Daria with the team raised more than 250 million rubles for the foundation. Also, Daria helped to found the first endowment in Russia specialized on providing support to the seniors. Daria is a graduate of Vladimir Potanin Foundation's program "Endowments: Strategy for Growth" at Moscow School of Management SKOLKOVO.