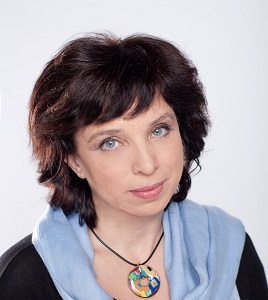 President of the international festival of social advertising LIME

Guzella Nikolaishvili graduated from the Ural state Conservatory. Since 1997, she has been the Director of the center for civil socio-political projects in the field of culture, art and education "XXI century"(Yekaterinburg), since 2005 - Director of the laboratory of social advertising (Moscow). Since 2002 - associate Professor at The Higher school of Economics (National Research University). Since 2003 - head of the Internet portal "Social advertising.ru", since 2008 – head of the annual conference "Improving the effectiveness of social advertising in Russia". Since 2010 - President of the international festival of social advertising LIME. In 2009, she defended her PhD in political Science at The Higher school of Economics. In 2015, she won the national award in the field of media business "Media Manager of Russia". In 2017, she completed an MBA in marketing at The Russian Presidential Academy of National Economy and Public Administration (RANEPA). As an expert and trainer, she has conducted more than 100 trainings and master classes on social advertising and communications in the regions of Russia and abroad.