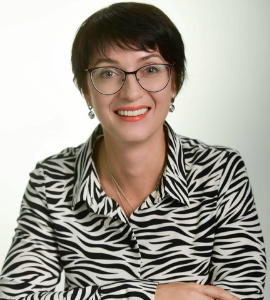 Irina Axandrovna Kedrovskaya is a Media manager, an Internet technologist. Was born in Moscow and graduated from Moscow State Pedagogical University (MSPU) She started her career in "Nezavisimaya Gazeta", then worked in AK&M Analytical Information Agency, Izvestia newspaper, Rodionov piblishing house, RIA Novosti. Currently is working as a Deputy director of directorate for GR projects of MIA "Rossiya Segodnya", oversees social projects of the Agency, Since 2008 she has been working as a university professor, also has been involved in active charitable work. Has several State awards. Projects developed under her supervision have repeatedly recieved many awards - National award for contribution to the development of the Russian segment of the Internet, Time Of Innovation, Media of the year (according to Union of journalists of Russia), Best social projects and etc.