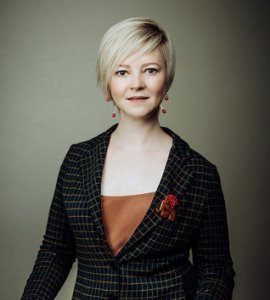 Katerina started her career with Johnson & Johnson back in 2001. Throughout her 18-year career with Janssen, Katerina has consistently demonstrated integrity and strong results. She launched a whole range of new products and worked across a number of therapeutic areas, holding various positions of increasing level of responsibility in sales, marketing, quality and market access departments. Katerina has been a member of Janssen Russia board of directors since 2010 and was appointed Country Manager Russia in 2015; she was promoted to the position of Managing Director Janssen Russia & CIS in 2017. In April 2019 she was appointed Director General Johnson & Johnson LLC. Since 2015, Katerina has been a member of the board of directors of the Association of International Pharmaceutical Manufacturers (AIPM) and the Innovative Pharma, Association of the pharmaceutical companies “Pharmaceutical Innovations”. In 2019 Katerina was elected to the board of directors of AmCham. Katerina is a regular Forbes magazine contributor, speaker of the prominent events (Second Eurasian Women’s Forum, Gaydar Economic Forum, SPIEF, etc.) In 2019, was recognized as the Business Woman of the year in the “Pharma” nomination by Ernst & Young.