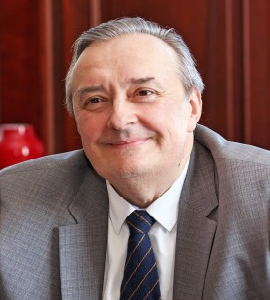 Mr Oleg Kobiakov is a Russian national, a seasoned diplomat with 35 years of experience at Russia’s Ministry of Foreign Affairs. He has devoted over 12 years of his professional career to developing FAO's relations with Russia, previously serving as Deputy Permanent Representative of Russia to FAO and other international organizations in Rome. He played a key role in the establishment of the Permanent Mission of Russia to the Rome-based UN agencies (2011) and in the opening of the FAO Liaison Office in Moscow (2015). He graduated from the Moscow State Institute of International Relations (1985) and completed his PhD at the Center for Diplomatic and Strategic Studies in Paris (2000). Mr Kobiakov is fluent in English, Czech, and Russian (mother tongue), he speaks French and Italian.