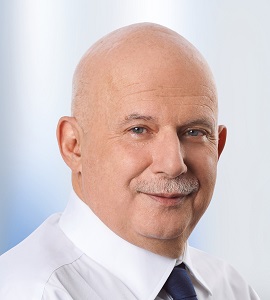 Sergei Grigoriev was appointed Public Relations and Communications Director at SUEK in February 2007, from July 2007 he also took a position as President of Socio-economic regional support fund "SUEK to the Regions"
Between 2004 and 2006, Sergei was Vice President of the National Reserve Bank. He was then appointed Deputy General Director of the National Reserve Corporation. From 2000 till 2003 he was a consultant, Chief of Staff of the Department of Presidential Affairs of the Russian Federation. From 2014 till 2017 he was a member of the Civic Chamber of the Russian Federation. He was also appointed Chairman of the Commission on Development of the Real Sector of the Economy of the Civic Chamber of the Russian Federation.
Sergei is a graduate of the Institute of Asian and African Countries at Lomonosov Moscow State University. He holds a Master of Public Administration (MPA) degree from Harvard’s John F. Kennedy School of Government.