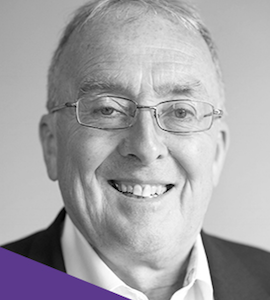 Director of the Oxford Institute of Charity

Sir Stephen Bubb is globally recognised as a leading voice in philanthropy, social enterprise and corporate social responsibility. He is Director of the Oxford Institute of Charity and Director of UK’s Charity Futures Programme, which promotes NGOs’ governance and leadership. He was formerly Chief Executive of ACEVO (Association of Chief Executives of Voluntary Organisations) for 15 years, and Secretary General of the European Third Sector Leaders Network, which creation he has driven. Sir Stephen has taken part in numerous global events speaking on civil society, business and government relations, including G7/G8 summits and international investment forums. He has provided strategic advice to governments and businesses, often at Minister and Chairman level. Stephen has received accolades for his work and leadership from former UK Prime Ministers Tony Blair and David Cameron. Sir Stephen Bubb was knighted in 2011.