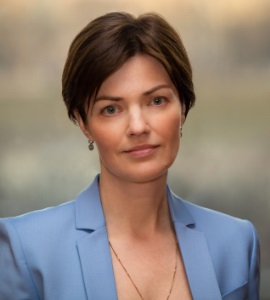 Irina was born and raised in Moscow. She has 20 years of managerial experience in leading positions in the field of marketing and business development, including in such large international companies as General Electric, Innotec Laboratories, 20th Century Fox, NBC Universal. Since January 2017 she has been managing the Charitable Foundation for Helping Children and adults with impaired immunity "Sunflower". 1995: graduated from the Faculty of Economics, Moscow State University. Lomonosov. 2000: defended her thesis in the specialty "World Economy and international relations with the award of the scientific degree of the Candidate economic sciences. 2007-2008: completed a training program at GE Crotonville Business School on program "Leadership and Management". 2016: completed her second higher education program at Faculty of Psychology, Moscow State University Lomonosov, specialty Psychodiagnostics and psychological counseling. 2018: completed her studies at the INSEAD business school under the program Social Entrepreneurship.