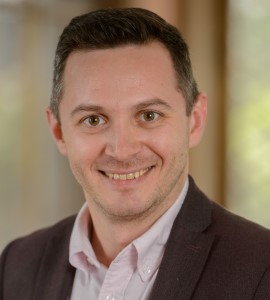 Director of the Center for Philanthropy Development, The Vladimir Potanin Foundation

In 2008-2014 he ran Big Brothers Big Sisters of Russia, a mentoring program for children in need. Between 2014 and 2019 he continued his work as a Board chairman of this organization.

In 2008-2017 Roman ran a Nedoslov theatre project for deaf actors as volunteer. Prior to joining the Foundation he worked in the Ruben Vardanyan and Veronika Zonabend private foundation being responsible for developing philanthropic projects, in particular the PHILIN project aimed at non-profit professionalization.

Roman graduated with honors from the Moscow State Institute of International Relations and holds degrees in Management and Economics. In 2011 he took a course “Performance Measurement for Effective Management of Nonprofit Organizations” in the Harvard Kennedy School. In 2018 he graduated from The Goergeler Kolleg for Good Governance implemented by the Robert Bosch Stiftung and the German Council on Foreign Relations.